Bliss OS is an open-source operating system that works seamlessly with many modern PC tablets. It features a current, highly-optimized environment that’s ideal for all your daily needs.

The popularity of Android has led to the creation of various kinds of software that can run on mobile devices. People had to rely on a mobile device to play games and apps for the longest time. However, now, numerous kinds of Android emulators can allow people to run these apps and games on their computers.

The free operating system, developed by Team Bliss, is based on the Android platform and can be used on various devices, such as tablets and computers. It comes with a variety of security and customization options. Besides being able to run Android, the system also offers a variety of other features, such as a built-in browser.

If you’re tired of using different operating systems at home, try the new Bliss OS download, an open-source operating system designed to work seamlessly with a wide range of modern PC tablets. With its Android-based core, the system brings your devices into the modern world of apps and synchronization. Unlike other operating systems, such as Windows, installing the Bliss OS download doesn’t require much knowledge from a user. It’s straightforward to install since it has various additional features and apps not found on other platforms.

There are various ways to get an Android version of the operating system installed on a computer, such as through software known as BlueStacks or a virtual image. With the help of this free operating system, you can easily install a fully operational version of Android.

Packed with functions at no cost

Many open-source initiatives support deployment on a wide range of hardware platforms. If you want to configure your operating system, you may need to break some barriers because it’s difficult to tinker with OS that has restricted access. On the other hand, this is not necessary for open-source operating systems. It’s a group of people working together to make things better.

You’ll have the option to personalize in your way. Bliss OS download is this and emulates Android on your computer, making it superior to competing initiatives. Bliss OS is an alternative to Android that includes many of the features introduced in Android Pie and beyond.

With the latest version of Android 11, the highly customizable and seamless operating system known as Bliss OS brings users a new level of experience. It features a variety of built-in apps and settings, and it seamlessly syncs all of your devices. After spending a lot of time working on the Android ecosystem, the developers of the new OS known as Bliss OS decided to create a new operating system that would bring together all the features that people would expect from a modern OS.

What you decide to do is up to you.

To begin with, Bliss OS is simpler and easier to use than other options. If you’re the sort who enjoys tinkering with the more nuanced aspects, Bliss OS can accommodate your need for a highly customizable operating system theme. Moreover, depending on the launcher, you can switch between the Desktop UI and the Tablet UI or combine the two.

As much as Bliss OS cares about its visual appeal, it also places a premium on speed and stability. Bliss OS can be both a daily driver and a synchronizing OS, and it can easily handle even the most CPU-intensive programs. That’s why Bliss OS is made to conserve power without sacrificing performance.

It also has some extra safety features installed. Bliss OS is quite platform-agnostic, so you can use it on various devices. Due to its x86 optimization, Bliss OS provides smooth performance on most of today’s hardware.

Bliss OS is a fantastic option if you’re seeking open-source projects that offer plenty of assistance, even during development. It can provide a mobile experience on a computer that much better. Bliss OS also allows you to try out the latest Android releases before you commit to installing them on your phone. Many of the issues with Bliss OS download stem from the fact that it isn’t compatible with many popular mobile apps and has a complicated setup procedure. However, as it is freely available, comprehensive guides will likely be available online.

How to Install Bliss OS

Follow guidelines step by step to Install Bliss OS on your Windows PC,

How To Uninstall Bliss OS

Suppose you need to uninstall Bliss OS; that is your best guide. You need to follow those steps to Remove all Bliss OS files safely.

Is Bliss OS any good?

The Bliss OS is an excellent alternative for people interested in testing the new Android operating system. It allows them to get a taste of the new interface before they buy a device.

The Android operating system has a massive user base. Android-based games and apps have always required a mobile device to be played.

Does Bliss OS have Play Store?

In the Bliss OS thread, we clearly state that the Google Play Store is omitted and that all you get with Bliss OS are FDroid and microG.

The latest version of the Linux-based operating system known as Bliss OS is a native app that can run Android apps and other applications even though it’s packed inside a mouse and keyboard. Unfortunately, many of the apps that use the ARM 64 version of the OS are still encountering issues.

Bliss OS Download for Windows is developed and updated by Bliss Family of ROMs. All registered trademarks, company names, product names, and logos are the property of their respective owners. 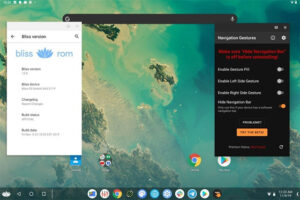 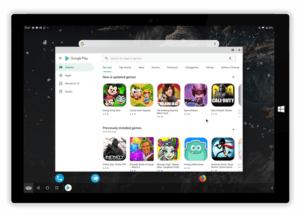 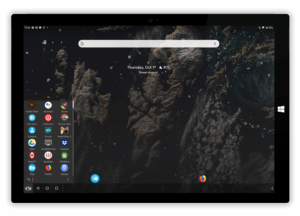 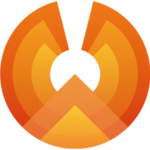